A Model for Providing
Effective Feedback 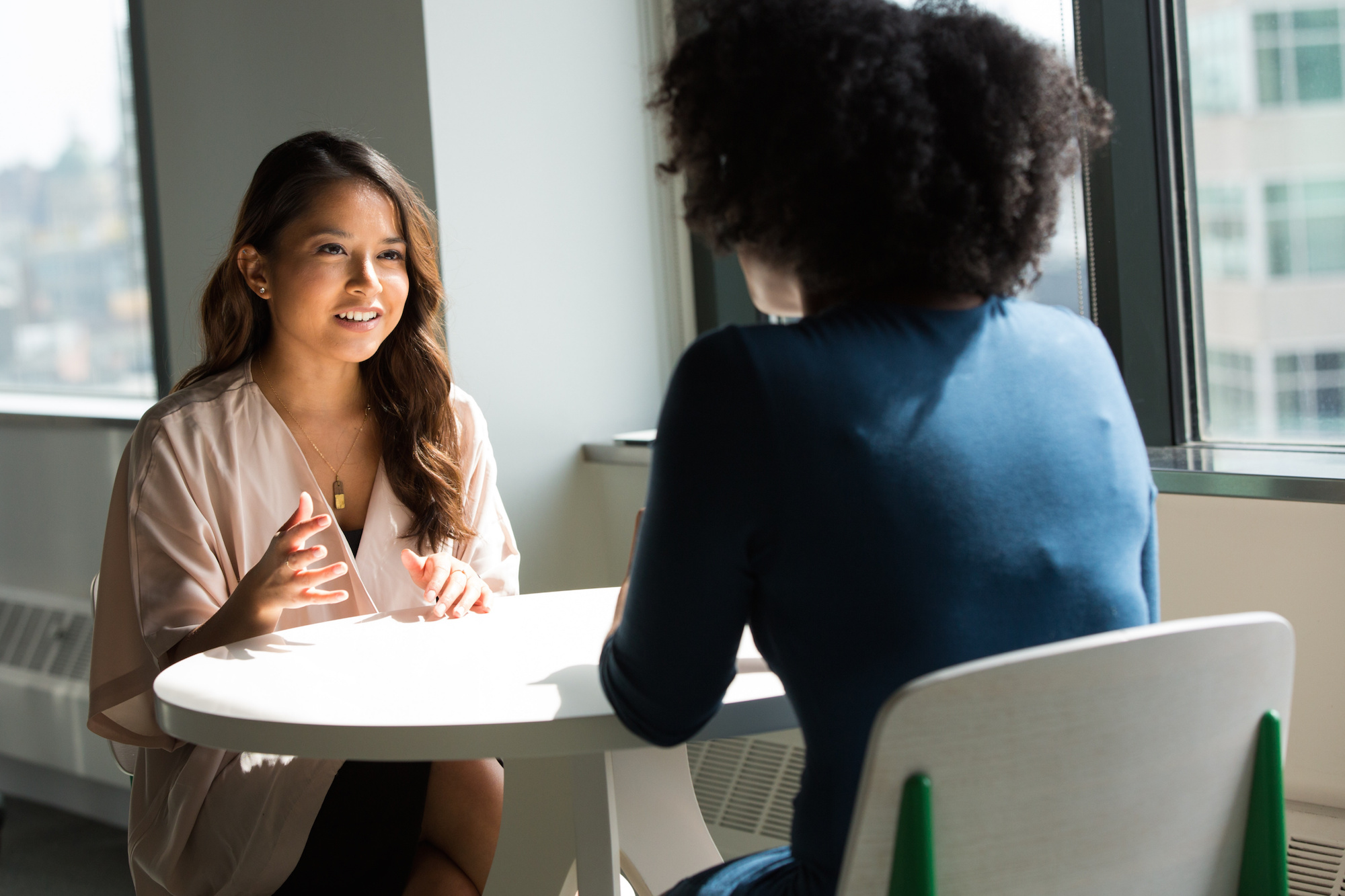 One of the most difficult areas for new leaders to master is the art of giving effective feedback, especially when the feedback is negative, or might be perceived as negative by the receiver.

The hesitancy to deliver bad news is only natural, and requires a good bit of forethought and practice to overcome. Additionally, most leaders aren’t trained in ways to deliver feedback, positive or negative. As a result, they often fumble through many awkward conversations that not only fail to accomplish the feedback goals they were hoping for, but create tensions where none previously existed.

Before we look at a model for delivering effective feedback, it’s important to note two facts about feedback.

First, feedback is only welcome within the context of an established, trusting relationship. Stated differently, no one listens to or shares with anyone they don’t trust. So, before trying to deliver feedback, a leader would be wise to assess the strength of the relationship. If it’s new or not especially deep, meaningful feedback will be hard to exchange.

Even in a trusting relationship, feedback often is not welcomed when timed poorly, or delivered inelegantly. To overcome this, we recommend checking with the receiver to see if feedback is something they are truly open to receiving and willing to consider. Otherwise, it’s a waste of energy and breath.

Second, high performers are more naturally open to feedback than ordinary performers (that’s one of the ways they improve themselves over time). But, there’s a catch: high performers crave feedback from respected peers and colleagues, not from just anyone. Further, they ignore feedback from less capable performers. So, if an employee is a subject matter expert and their leader is not, feedback could be difficult to communicate, as it will be automatically discounted by the receiver. After all, if the giver of feedback can’t perform as well as the receiver, what advice do they really have to offer?

To understand this, imagine a lesser piano player offering criticism to a better one. Why would the better player listen to any critique a lesser player might offer? Now, imagine Billy Joel is providing feedback to the better player. Anything Joel says will be treated as highly valued pearls of wisdom, positive or negative. A respected source of feedback is highly valued by top performers.

One of the best ways to overcome a competency gap is for the leader to acknowledge the individual’s technical superiority and point out that they wish to provide feedback on other areas related to their performance. Using our pianist example, a leader might not be able to provide feedback about keyboard proficiency, but could easily provide valuable feedback on stage presence, performance style, audience interaction, or type of music selected. So, while a leader might not be able to offer valued feedback on a technical competency, they still can provide valuable feedback in other areas critical to improving performance.

To help leaders handle difficult feedback situations, we developed this guide. Following this methodology will help leaders plan, rehearse and lead feedback discussions that have a higher chance of successful outcomes: 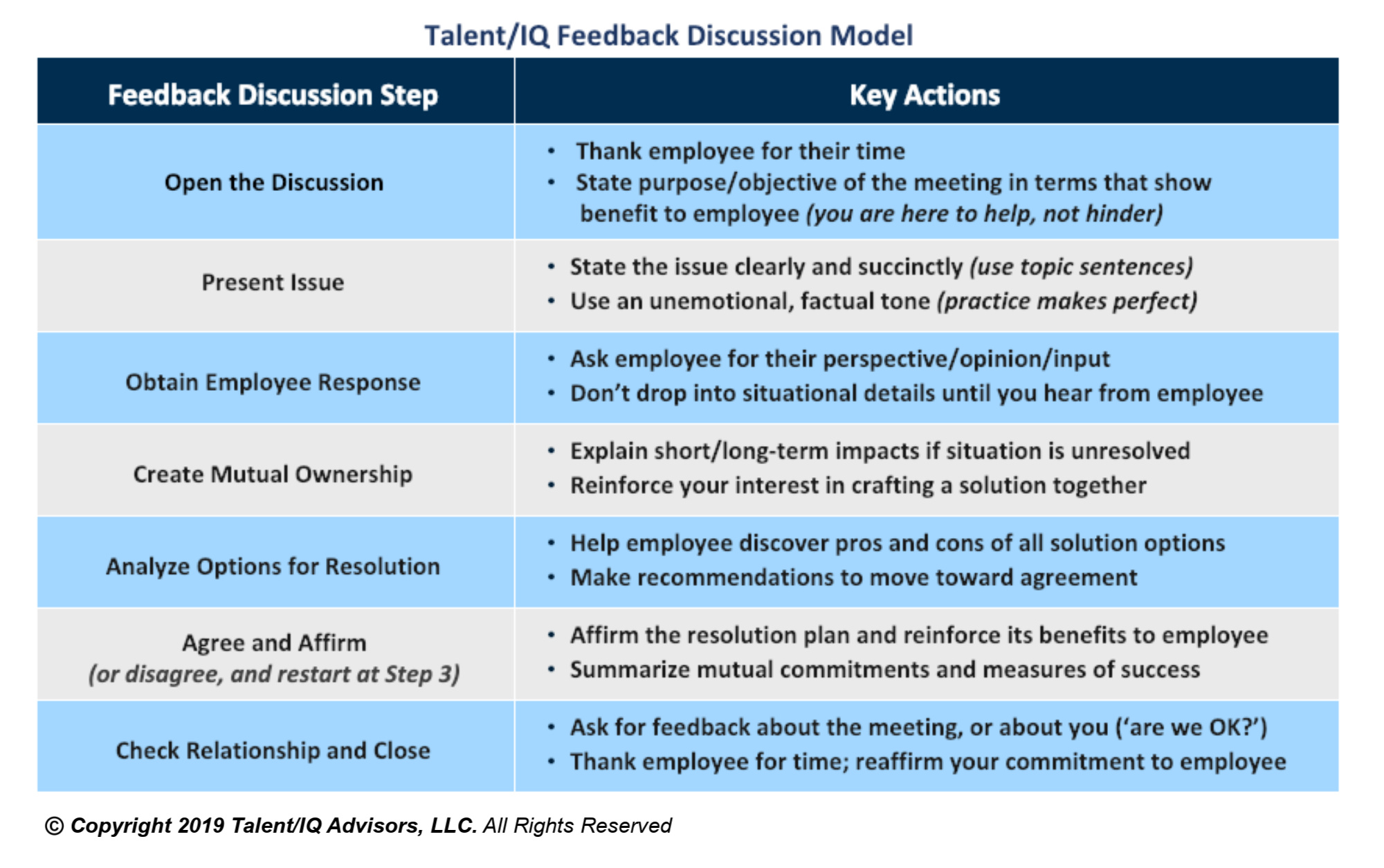 One last point: the best way to improve feedback delivery skill is by rehearsing the discussion beforehand. And, we have found that role-playing is an especially effective method for improving. If a trusted colleague is not available for a role play, then even mental rehearsal will yield significant improvements in a leader’s ability to deliver highly effective feedback.