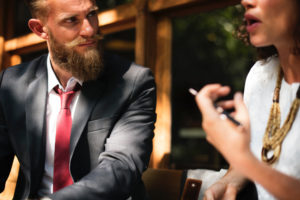 Effective leaders know the critical importance and value of honesty. After all, without honesty, there cannot be trust. And without trust, respect suffers a quick death.

Yet, in many workplaces and on many teams, honesty is a negotiated, situational occurrence. Although often held as a corporate value, it is rare that honest dialogue is occurring between leaders and employees as frequently or as candidly as it should. An employee who tells his leader that the leader’s latest idea is a bad one does so at a high risk of repercussions, including a lower performance rating, promotional opportunities diminished, or even a lower raise. Leaders are afraid to give employees honest feedback for fear of a negative or unpleasant response. Some leaders hide behind a practice of ‘need to know’ information sharing, which, by definition, is a policy of less than 100% honest disclosure.

No relationship can flourish if fed by partial truths and withheld information.

On an organizational level, when groups don’t get the whole truth, they will fill in the blank data spots with speculation, suppositions, and rumors. Employees will waste time looking for the undisclosed facts, the ‘real story’, the missing data. On an individual level, employees and their leaders often engage in an odd dance of mutual mistrust—they each know they aren’t getting 100% of the truth, but they figure out how to navigate with partial truth, carefully avoiding the areas where sharing the whole truth is simply too difficult or too fraught with perceived peril.

One of the most critical ingredients to creating high-performing teams is to create an environment high in trust, where ideas, opinions, and feedback can be shared openly and freely. Creating this environment requires leaders to be radically honest.

Radical honesty means being forthright and candid, especially when such honesty is most difficult. It requires choosing honesty over an easier route. Here’s an example.

A few years back, we were working with a client who was growing at an exponential rate. As the company grew, they hired some senior contributors, who brought a great deal of experience and sales contacts, but also brought strong opinions about what the future direction of the company should be. Their ideas were solid, but pursuing them would have meant funding unproven lines of business and diverting attention from the main business of the company. The founder wasn’t keen on this approach and shared that opinion with his newly-formed senior team.

The senior team felt strongly about their ideas and, instead of accepting the leadership of the founder, they began sharing their vision with employees to gather support among the ranks. At the next all-hands meeting, several employees brought up these ideas again and pushed for support. The leader wanted to give the discussion a fair hearing, but after a while, it was feeling that his team was no longer listening to reason and simply advocating for their approach. His meeting was being hijacked by a competing agenda, and he was getting frustrated.

After a break, the leader came back, expressed his appreciation for their ideas and energy around the new ideas, and then did something very powerful. He told the group the unvarnished truth: those directions were not going to be pursued in the near term. He explained in detail his vision for the next two years, what the company would and wouldn’t support, how he saw their growth agenda, and the likely path forward. He also was crystal clear about why the new ideas would not be pursued. He suggested, very clearly and without anger, that if people really wanted to chase those ideas, they probably needed to find a company that was heading in that direction because his company would not be going there.

The room was silent at first, but after more than a few seconds passed, an employee raised her hand and thanked him for being so honest, and for taking the time to explain his thinking. Another employee followed-up by saying that they really hadn’t thought about all the points the leader had raised and that they were impressed with how carefully the founder had thought about their future direction. Even one of the senior people who had originally advocated the change in direction spoke up and admitted that it was time to focus on supporting the founder’s vision and leave the new ideas for another day.

Although it took an hour detour, the founder was able to get the meeting back on track.

This moment could have gone very differently. The leader could have simply closed the door to the discussion and shut it down. Or, he could have let the discussion go on and pretend that he was considering the idea, tabled it for future discussion, thereby sidestepped the issue for another day. Either of these two options would have been an easier and faster way to handle the moment.

But, neither would have actually solved the problem. By telling the whole truth, clearly and strongly, this leader gave his team the information they needed, corrected misinformation that was floating in his organization, and defined the way forward so that every team member could see their place in the organization as it grew.

Here are a few techniques that help create an environment of radical honesty: